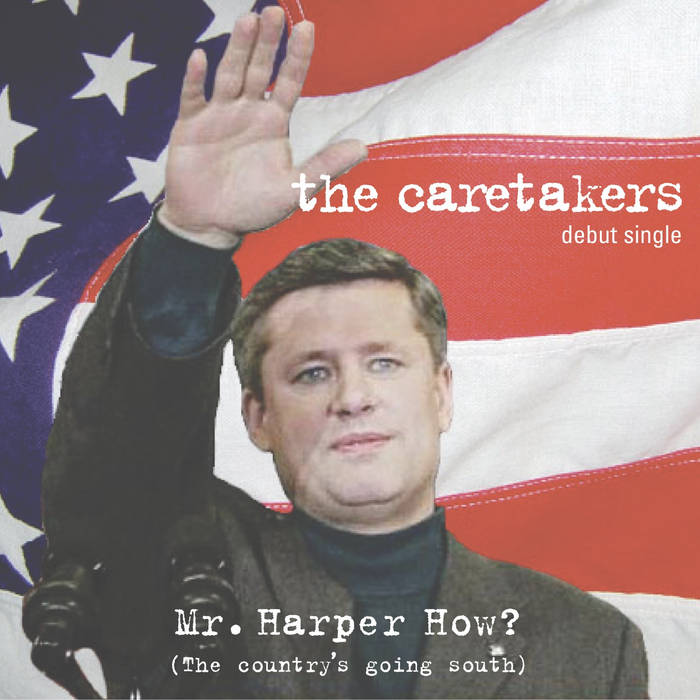 "The Caretakers were born of a love of folk, rock, soul and country. While a full length is imminent, the band opted to introduce their music via releasing specific songs. On Canada Day 2008, The Caretakers offered the caustic "Mr. Harper How?”, a politically charged number that introduced the band’s music and mandate." Ric Taylor, VIEW Magazine

Mr. Harper how?
We’d ever found out, Mr. Harper
Sweared to God on election day
Now you’re dining high, you’ve thrown those words away
You bought some public interest in a PR game
You crucified a white knight and you won the day

Mr. Harper how?
Gonna learn what it’s about, Mr. Harper
The world’s spinning ‘round at a speeding pace
You don’t know what’s going on, we see it on your face
A revolution’s coming, I heard it on the news
John Lennon’s coming back and Jesus said it’s true

Mr. Harper how?
The country’s going south, Mr. Harper
Like the same before you, a wolf in sheep’s disguise
We don’t believe a word you say, it’s all a pack of lies
You’d sell the maple leaf for a pair of eagle’s eyes
You’d sell your soul to get a role in Washington on high