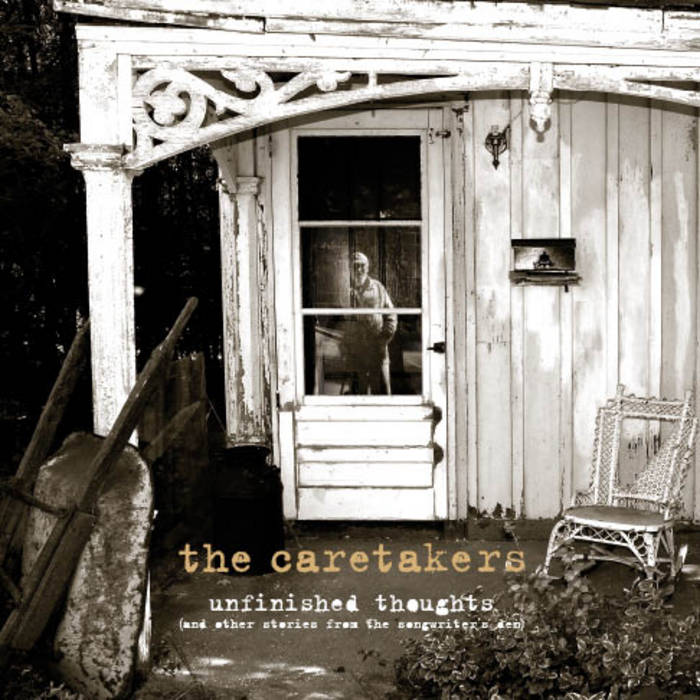 The Caretakers emerged from one of the original hubs of Canadian music—Hamilton, Ontario in 2007—although the trio could just as easily have stepped off the stage of Café Wha? in Greenwich Village circa 1964. With folk music at their roots and the cultural grit of a working-class-city upbringing, Jeffrey C. Martin, Lena Montecalvo and Norm Van Bergen fuse rich Peter, Paul and Mary-style harmonies with REM-inspired melodies and swampy ‘70s southern rock grooves.

The band describes their first full-length offering, Unfinished Thoughts as “a snapshot of the world we live in today.” Lyrically, the album is a cutting statement on contemporary western society—war, politics, animal cruelty, propaganda and urban chaos. But it also evokes thoughts on God, spirituality, love and family. Martin’s lyrics are thought provoking, Montecalvo’s vocals are powerful, and Van Bergen’s 12-string acoustic guitar provides an anchor for the trio’s lush harmonies.

"Making obvious comparisons to the likes of Peter, Paul and Mary would be a little misleading, as the music of the Caretakers is a little more complex. Their name says it all – they write about issues that matter and they sing because their hearts are on their sleeves. As the Caretakers get on their proverbial soapbox, there’s that definite ‘60s folk influences that permeates some of the protest feel to the songs on Unfinished Thoughts but you could mix in some ‘70s southern rock or even early ‘80s new–wave/neo–psychedelic into the mix."
Ric Taylor, VIEW Magazine

“The Caretakers debut album captures the spirit of easy going indie folk-rock with a poignant message. Unfinished Thoughts is fresh, offers up some diverse songwriting, and has groove and intrigue. The Caretakers album release party was one of the year’s best."
Michael Keire, Co-producer, Vibewrangler Studio

Skies coming down all around, makes the streets so damn pretty
No school no books no roads you're off the hook, in a snow-blinded city
Word on the wild wild web says you might as well head on back to bed
There's nothing you can do no matter what your IQ sleepyhead
So you've got to sit at home and listen to the radio
Smokin' high-grade grass you know she said it came from Ontario

Chorus
Track Name: pretty (can't find love)
Pretty rows of houses
With lots of pretty lights
Pretty people having five and dime affairs
With the pretty no names of a lonely night

Pretty rows of houses
With lots of pretty lights

Peacemaking here, there and everywhere
There’s a fever, feel it risin’ in the air
So fragile got to handle with loving care or it will be
War weeping, no peacekeeping anywhere

Chorus
Track Name: daddy laughed
Tall lankey grass higher than I have grown
Findin’ my way back to where I think I came from
Daddy and fishin’ poles, lemonade, waterin’ holes
Braids in my hair, velvet rock on my soles

Minnows are slippin’ through fingers to freedom
Face getting’ freckly, the sun is the reason
Sit on the tailgate, eat my fried chicken
Sleep with my canopy, willows are breathin’

Chorus
Track Name: dark roads
Did you trade your god for guns?
Did you sell your daughters for sons?
Have you washed away the tears with rain?
Have you packaged your pity with their pain?

Did you give away day for night?
Did you lose humanity in a fight?
Have you turned your back to the morning sun?
Will you take your blindness on the run?

Did you peddle your freedom for fame?
Did you find your truths in a poker game?
Have you walked away from a child in need?
Do you laugh when you turn and hear them scream?

Did you trade your god for guns?
Sell your daughters for sons?
Have you washed away the tears with rain?
Package your pity with their pain?

Chorus
Track Name: manhattan's basement
Just a cold grey city
It doesn’t look pretty
A trash can of sleeze
And social disease
Rejects in the gutter
The kids choose another
Playing games of amazement
In Manhattan’s basement

Are you free on Sunday?
Track Name: animal fever
Locked at will in pens and cages
Factory farms and circus stages
Sad and cold as winter rain
When does it stop, when does it change?
So much pain, so much suffering
Leaves my mind numb, leaves me wondering

Peacock feathered hats of sorts
Endangered coats and wraps and so much more
Yes Grade A meat is murder
There’s no defense for the butcher, or the sheepherder
Must be their sad, cold pathology
A disordered hurt, and personality

Kyoto’s deep-frying in Japan
The world’s on alert “Beware of Man”
The carbon makers are getting mad, it’s so sad